My guest for this podcast episode is Anthony Vitale from ProBuilt Woodworking. He comes from a rich heritage of finish carpentry. It was such a joy exploring his story today.

Anthony’s roots can be traced back to Sicily, Italy. His father immigrated to the United States during the 70’s and started as a finish carpenter. He and his brothers grew up in the carpentry trade and in the family business.

He recalls going to his father’s shop as a teenager and helping out – doing sweeping and general labor. He did some odd jobs and some shop work as a summer job.

Anthony learned the trade early on together with his brothers. Even though he wasn’t expected to join the family business and he was the middle child, he wanted to prove and challenge himself. He always looked around at the leaders around him and wanted to emulate what they were doing. He was happy to admit that learning from the talented and best people in the business was a humbling experience and he was grateful for the opportunity.

Like most folks, Anthony went to college and got an associate degree.

In the height of the recession in 2008, things were tough. Despite all that, he persevered and bought his first lot and built his own home.

In 2011, he and his wife were expecting their first child. He encouraged her to quit her corporate job. That discussion led to starting a family corporation, doing sub-contracting, and so on.

There came a point in Anthony’s life where he was bored with just doing stairs. (imagine that.) Despite earning as much as $100,000 for stair cases, he simply wanted more. He had a vision for the future. He wanted to create and build a brand – not his own name but something bigger.

“I’ve never chased the dollar, but I’ve never let the dollar dictate what the job is worth,” he says. And he has a point!

Some Of Anthony’s Lessons Learned Through Hard Times:

One thing he learned through hard times in his business is to value his time. Anthony is a “People” person; he wants to please people.

Therefore, he has learned to value his time as a contractor. It’s a common misconception that our value is when we are touching tools – doing mock-ups and design work – but all of our time is actually valuable and essential to be successful in the trade.

Some Lessons Learned Through Good Times:

Anthony has accomplished a lot already – from winning a couple of Detroit Home Awards to working with a famous New York designer.

Despite these accolades, he proudly shares his best moment as a business owner. He recalls an interview he did way back for a prospect employee. Even though the guy was a perfect fit for the company, Anthony realized that this guy was focused all on himself – never the “we” part.

Now when interviewing an employee, he’s not worried about the skills of the individual; rather he looks for the right fit – the right person for the company.

Anthony stress the words “love” and “care”. His business has grown because he loves and cares about his customers and the talented people he works with.

The success of his business is not just because of him: he wants his employees to feel empowered and make them feel that the business’s success is much as theirs as it is for him. He also wants to prove that every skilled individual loves their craft and what they do.

As he says, “Respect is not owed. it is earned.”

With the rise of social media, every business should now embraced these marketing tools. Anthony shares that it helps with targeting the right customers.

“Shawn Van Dyke has been a strong shoulder for me to lean on. He really helped me discover that I care more about my team than the work itself. the work is the easy part.”

Anthony also started a blog to give insights into the way he does business with each client. He is creating one or two posts per month.

Advice That Anthony Would Give a New Contractor Just Starting Out:

This trade is not something that pays off quick. Think of the future and invest in yourself. It’s long hours. It’s stressful. But when you look back at the work you’ve built, it is very powerful.

It’s Your Ship: A very inspiring book on the subject of leadership! 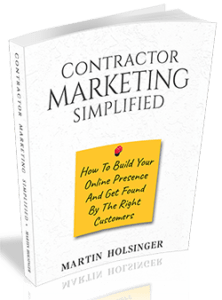 Where you can learn more about Anthony Vitale and Pro Built Woodworking: