Martin: I’m glad to have you here as an electrician representing the trade, subcontractor, you know, that’s awesome. Where are you guys located, what is it that you do specifically, and how long have you been in business?

David: Right now I’m in Buckthorn, Massachusetts, which is a suburb of Boston. I was born and raised in Boston. I’ve been in business since … I started my own business in 2003, 2004. We pretty much do all of the Boston area and we’ll pretty much do everything electrical that people need and if we can’t do it, then we’ll sub it out to get someone else to do it.

Martin: Here’s the question that was sent in and it goes like this, “How have you handled growth over the years?” Is it good to keep growing or is there a sweet spot to stay at?

David: Yeah. So I literally put an ad in the newspaper and looked at my cell phone and I said, “Ring.” At the time, the economy was good so things picked up quickly, real quickly. I had a few guys working for me within the first year. It turned really quickly.

Martin: There you go.

David: I had some pretty big pitfalls because of that. At the most, I had six guys working for me within the first few years that I was in business and I did not know how to handle it. I wasn’t prepared for something like that. The good thing and the bad thing that happened was … Guys would come and go. At the most I had was six and I had steadily three or four going and then we had the big bank crash in 2008, 2009 so I had to pull back. I couldn’t employ all these people. But I kept my head above water and it was just me and a helper and then things gradually got better again. I took on more guys but then I felt those old headaches again. It wasn’t what I wanted. It wasn’t the stress that I wanted. So today, at 2017 … I mean, I’m super busy. I could probably hire three or four more guys but right now it’s me and it’s four other guys. I have two other crews going steadily. Guys bounce in and out. I like to keep me and four guys but sometimes it’s me and three guys and that’s, for me, personally, that’s the sweet spot.

Martin: Lets talk a little bit about making money. If you grow your business to where you have 10, 15, 20 employees, you’re gonna be making multiple millions of dollars but does that necessarily all go to your pocket? Why is the sweet spot for you three or four employees?

David: Well I think, for me, the thing was … And I can talk about 10 and 20 employees because I have this mentor who has 10, 20 employees, we talk about that a lot. But for me, my problem was that I didn’t know how to run a business. I had all these guys and I had all this work and I had all this money coming in but I didn’t understand the logic of running a business, which it’s been some time now. It’s been 14, 15 years and I’ve figured out how to run my business the way that I like to run it. To jump ahead with the 10 and 20 employees, I had a conversation with someone who has a larger company, and he pretty much explained to me that when you have a smaller amount of guys, you’re limited to the money that you can make. You’re absolutely limited because you only make money off your guys. So if you only have four guys working and you’re making $25 an hour off of each guy, that’s only a $100 an hour that you can possibly make.

So if you have 20 guys going, now you’re making $25 an hour off of 20 guys. He kind of laid it out like that but the thing is is me being a human being and me being a person and me being brought up the way that I was brought up, that’s a lot of stress to run 10 or 20 guys. I’m quite happy where I am and where I’m going and where I’ve been. I make a decent living. I’m very proud of the living that I’m make.

Martin: Do you think that in the future it’ll change for you, David, as you grow and become more familiar with running a business that you’ll want to expand or do you feel like that, for you, this is the best and you just probably wanna keep it this way for quite a while?

David: You never know. Life is about change and life is about attempting new challenges. I can see, today, right now, I don’t think that I would want to have a crew of 20 guys but who’s to say how I’m gonna feel next year or two years. I’m always open for change in my life. I’m always open for new challenges. It’s the stress that comes with those challenges. I didn’t open a business to be stressed all the time. That’s really the biggest obstacle that I’ve encountered. Owning your own business, there’s a lot of stress. There’s a lot of stress. I feel stressed out enough.

Martin: So just as we wind things up here, is there any take aways or any other words of advice you wanna give us on this subject of sweet spot?

Martin: That is so good.

David: It changes. Everybody’s different. You may jump into this, do what I’m doing, and you may want to run 10 guys. It’s not necessarily today what I wanna do. So just be yourself, you know.

Martin: Well there you have it. Be yourself. Do you. Those are just excellent words of advice. It’s so easy to get caught up in the comparison game, like I gotta be like David Cooper, but that’s not going to … It seems like that’s what creates more stress than necessary so thank you for sharing your story with us. Where can everybody find out more about you and follow along with your journey online?

Martin: There you go. Go look him up, say hi and thank you so much for coming on today. I really appreciate it.

David: Thanks for having me Martin. I really appreciate it. 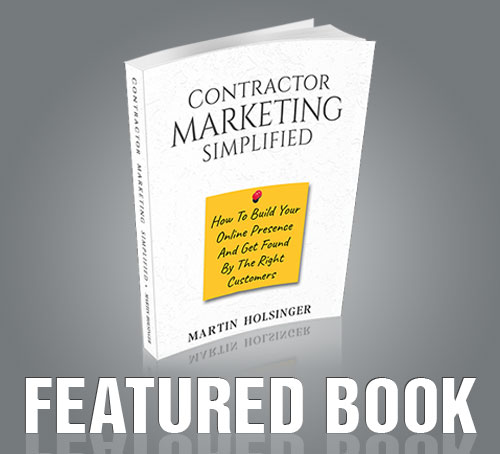