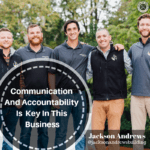 I’ve learned how important it is to educate our clients in what they need to hold us accountable to. When going out on your own, seek council from others. Also it’s very important to trust your gut. What I wish I knew back when I started is that the right answer sometimes is “No.” When […] 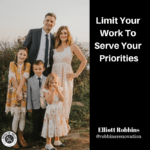 In this interview Elliott Robbins from Robbins Renovation shares his story of how he started his own renovation company. He talks about: How incorporating your business can add respect to your name. When he had to learn what he was worth and how to charge for it. The importance of setting priorities. The most important […]

﻿ In this episode you get to sit down with a luxury custom home builder who not only grew up in this industry, but has 17 years of experience running his own business. He has lots of experience with running a large crew as well. At times he has more than 20 employees to keep […]

Ethan Hickey of @maderakitchens has a background in the oil and gas sector. Which has helped relieve the financial burden of starting a contracting company. His passion for all things woodworking developed when he and his wife bought their first house and took on redoing it themselves from top to bottom. That was 9 years ago… […]

﻿ Today’s featured guest is Jason Pietruszka from @jjpconstruction, a retired musician turned contractor. Jason learned how to run a business early on while he was young and still in the music industry. However, he quickly realized that his success will only be based on someone else’s output. So he decided to start on his own. His […]

Today’s featured guest is Sam Shelton from Alaska Builders. Just like usual we dive in and explore Sam’s story from the beginning to where he’s at today. However, I do need to say this upfront. Soon after we recorded this interview, Sam wrote to me and told me he had an accident on his job […]